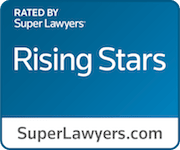 Matthew A. Gens has 10 years of litigation experience, with a focus on business litigation.  He has substantial experience in closely-held business disputes and real estate litigation, including contractual claims, business torts, and fiduciary as well as other equitable claims.  He has personally managed several cases with exposure in the multiple seven figures, and many more in the six figures, both in state and federal court.  He has successfully argued dozens of dispositive motions and multiple appeals, frequently defending the same cases on appeal that he won before the trial court.  He has also participated in several successful mediations and other forms of alternative dispute resolution.

Mr. Gens has experience representing a range of clients on both the defense and plaintiff’s side, from national publicly-traded companies, to investment funds, to mid-sized and small businesses, to entrepreneurs and developers, to high net-worth individuals.

Prior to joining Berluti McLaughlin & Kutchin LLP, Mr. Gens was an associate at Ropes & Gray LLP and Bernkopf Goodman LLP.  He has been recognized as a Massachusetts Super Lawyers Rising Star from 2015 – 2020.